Some may prefer the scrolling functionality, but I hate it.

I use the middle button regularly to open web browser links Lenovo ThinkPad X201 Synaptics UltraNav new tabs as well as to close existing tabs. Note that you can still scroll in these applications as holding down the middle mouse button enables a scrolling mode. In past drivers, you could go into the TrackPoint settings and change the scrolling mode from "Standard" to "Smooth".

You could also set the middle button to pop up a magnifier tool. Inexplicably, this option has been removed from the latest series of drivers.

Furthermore, the default Synaptics behavior is to clear your settings when upgrading drivers see below so that you will be stuck with the new default behavior. Quick Fix If you have just upgraded, the simplest fix is to roll back your drivers to the previous version.

Select the "Driver" tab and press "Roll Back Driver". After a reboot you should be able to configure your TrackPoint as you had in the past.

The solution is to use version Unfortunately, this version also has some phantom "gestures" enabled as described in my original post above this update for the trackpad Lenovo ThinkPad X201 Synaptics UltraNav default which cannot be Lenovo ThinkPad X201 Synaptics UltraNav through the control panel applet. After looking around online, I found some posts that describe a way to disable them in the registry, but even that doesn't work for some reason; instead, I just went to the same registry keys and shrunk the coordinates for the "gesture-able" areas to nothing, which effectively disables them you must go into the UltraNav settings at least once to generate the registry keys first before you do this however.

Some claim that it can be removed by using the middle trackpoint button, although this is not always the case. So far this problem has been reproduced on T60P and T41P, but only by scrolling large wegpages in Firefox. 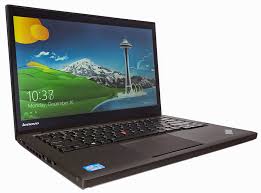 After Firefox was closed, the pixel is still there. IBM was able to reproduce this by installing Firefox on a fresh recovery image in their labs.